This report is based on publicly accessible data from the County of Los Angeles Department of Medical Examiner-Coroner related to homelessness. Acquired data from the Public Services Division reveals that for 491 women examined between 2013 and 2017, the “type of residence” was noted as “indigent – homeless.”

Figure 1 reveals the number of deaths of homeless women between 2013 and 2017. Each year the total number increases.

Figure 2. Increases in the Total Number of Deaths by Year

The categories used by the County of Los Angeles Department of Medical Examiner-Coroner are included in Figure 3, which reveals that the largest number and percentage of the 491 homeless women who died between 2013 and 2017 were Caucasians. Blacks were next, followed by Hispanic/Latin Americans.

Figure 3. Breakdown by Race/Ethnicity for the Period between 2013 and 2017 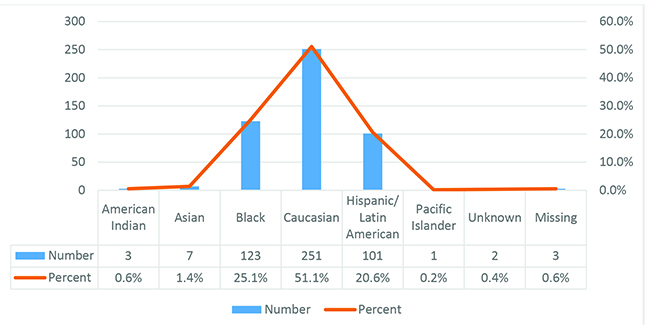 Figure 4. Breakdown by Race/Ethnicity by Year

The table below provides a breakdown by age for each of the five years. Each year, approximately three-fourths of homeless persons who died were age 40+ and more than half were age 50+.

Figure 6. Breakdown by Age by Year

The most common manner of death was accidents. Nearly two-thirds (61.7%) of women who died suffered an accident, which included drug overdose, environmental exposure, structural fires, and traffic and blunt force injuries involving vehicles and trains. More than one-fourth (29.1%) died by natural causes that involved heart disease, hepatitis C, HIV/AIDS, and a wide-range of other illnesses and diseases. Seven percent of the women were a victim of homicide or committed suicide.

Figure 8. Breakdown by Manner of Death by Year

Homelessness is much more than the absence of physical housing, it is a tension-filled, trauma-filled, and treacherous-filled condition that too often results in fatalities. Prolonged exposure to homelessness has a significant negative effect on individuals that can result in death, especially for women.

High rates of alcohol and drug use; pre-exposure to accidents, poor access to health care, and high levels of stress are just some of the factors that take their toll. For the women in this report common accidents included drug overdose, fires, falling from heights, being struck by vehicles and trains, and being crushed by an object. Natural causes involved infections, disease, seizures, and allergies that were possibly compounded by the difficulty of being homeless, including inclement weather.

Other data, stories, and recent studies show that while homeless, women often experience traumatic experiences while living on the streets. Attacked, abused, and often forgotten: Women now make up 1 in 3 homeless people in L.A. is one such story. Surviving Skid Row: Women’s Stories of Assault, Fear, And Finding Friendship is another. The data compiled in a recent study by the Downtown Women’s Center revealed that more than 90% of women in Los Angeles’ Skid Row reported surviving “physical or sexual violence at some point during their lifetimes, experiences that are compounded by the trauma of homelessness.” Thus, for the women noted in this report, their daily lives were likely filled with lots of trauma prior to their traumatic deaths on the streets.

Dying while homeless is a burgeoning crisis that demands systemic changes that involve concerted efforts to get homeless women and men into appropriate affordable housing. Such an effort has begun to unfold in Los Angeles County and in the City of Los Angeles, which we hope will reverse the trends revealed by the data sited in this report.