–U.S. Department of Housing and Urban Development (HUD)
will post official results in the fall–

While we await the official homeless count results from HUD, recent reports made available by Central California Continuums of Care (CoCs) provide an estimate of the number of persons counted by all the Central California CoCs earlier this year, which is approximately 12,500 or 20% more persons than those counted in 2017 as noted in the table below. 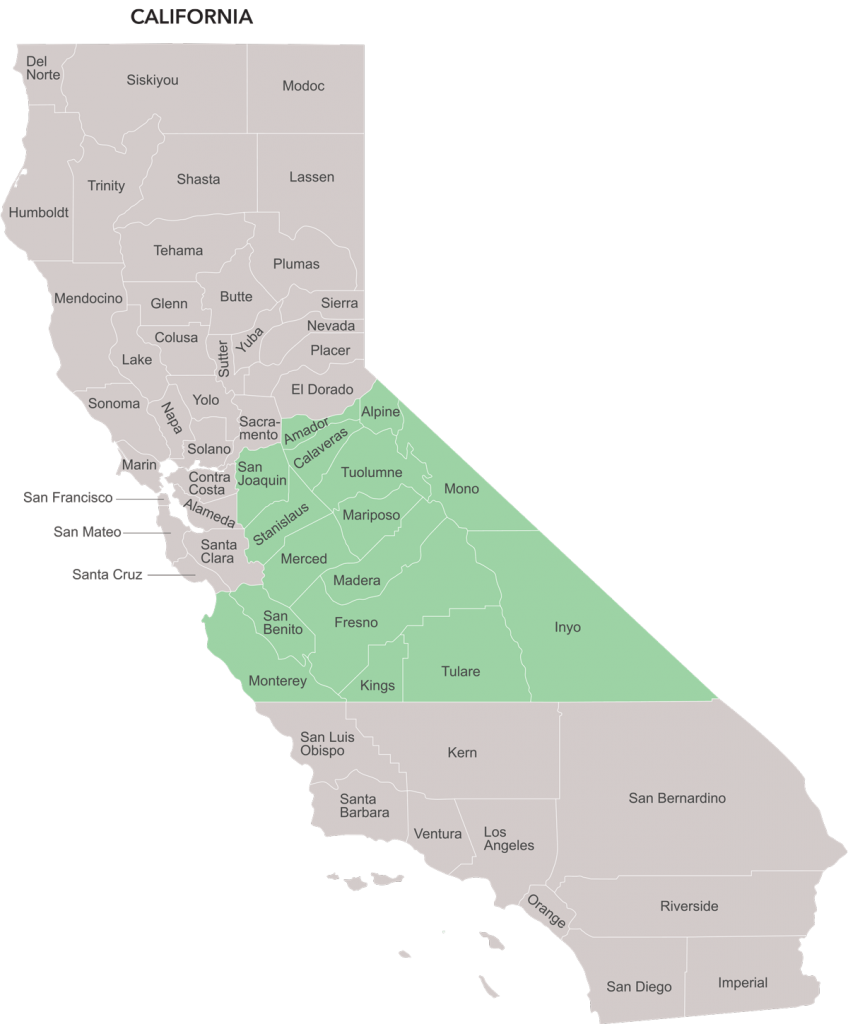 The U.S. Department of Housing and Urban Development (HUD) has divided the 16-county region defined for this report into eight (8) continuums of care (CoCs), which are defined by HUD “as the planning body responsible for meeting the goals of the Continuum of Care (CoC) program.” The purpose of the CoC program, as stated by HUD

The 8 continuums of care (CoC) include:

Table 1. Comparison of 2017 and 2019 Homeless Counts for All Central California CoCs

Seven (7) of the 8 CoCs counted more persons in 2019 than in 2017. The only CoC that counted less was the Monterey and San Benito Counties CoC.

The 7 CoCs that experienced an increase counted a total of 9,796 persons in 2019, which represents an increase of 2,782 persons or 39.6% when compared to the number of adults and children counted in 2017.

Table 2 only includes the 7 CoCs that experienced an increase.

Table 2. Comparison of 2017 and 2019 Homeless Counts for 7 Central California CoCs That Experienced an Increase

California Governor Gavin Newsom announced in May, 2019 the formation of the Homeless and Supportive Housing Advisory Task Force, which will be co-chaired by Sacramento Mayor Darrell Steinberg and Los Angeles County Supervisor Mark Ridley-Thomas. Last month, the Governor announced the other Task Force members.

Task Force members will “will advise the Administration on solutions to address the state’s homelessness epidemic” and “assist local governments in crafting their regional strategies to address homelessness, with a particular focus on homelessness prevention and early intervention.”

The Task Force will hold “three regional convenings in the months ahead including one in September in the Central Valley. A convening in Southern California and another in Northern California are planned for the fall. Exact dates and locations will be announced closer to the meeting times.

Working Groups will be Appointed

“announced plans to appoint working groups of other regional leaders, service providers, formerly homeless people and academics around specific geographies or issues affecting homelessness, to work in collaboration with these (Task Force) advisors. These working groups may include experts on mental health, street homelessness or rural homelessness. Selection of working groups will be made in the coming weeks.”