More than 1,000 Women Died While Homeless on the Streets of Los Angeles County During the Past Five Years

Each Mode of Death was Categorized as an
Accident, Homicide, Natural Cause, or Suicide

Five women will likely die this week while living homeless on the streets of Los Angeles County and brought to the County of Los Angeles Department of Medical Examiner-Coroner (ME-Coroner) for examination. Another five women will likely die homeless the following week, and the week after that. This is exactly what happened in 2021 according to ME-Coroner mortality data.

This report is based on publicly accessible mortality data from the ME-Coroner. Acquired data from the Public Services Division reveals that 1,050 women, who were examined by the ME-Coroner between January 1, 2017, through April 30, 2022, were noted as “indigent-homeless” under “type of residence.” A person classified as “indigent-homeless” did not have an established residence or the person was found in a location that suggested homelessness, such as an encampment, field, park, alley, and sidewalk.

Between January and April of 2022, 85 women died homeless while living on the streets. At this rate, 255 women will die homeless during 2022 or approximately five women per week.

Homelessness is much more than the absence of physical housing. Prolonged exposure to homelessness can be fatal. It is a tension-filled, trauma-filled, and treacherous condition that often results in loss of life.

Homelessness is a traumatizing and re-traumatizing experience for too many women who died while living on the streets. For many, their death culminated in a life full of trauma from the cradle to the grave.

Chronic illnesses overwhelm the last years of life for many women living on the streets. Managing chronic illnesses while living on the streets is a very difficult task for someone who is homeless and for supportive health care providers. Repeat visits as well as adherence to complicated medication regimens are necessary, including specific diets and physical routines.

The next chart shows that 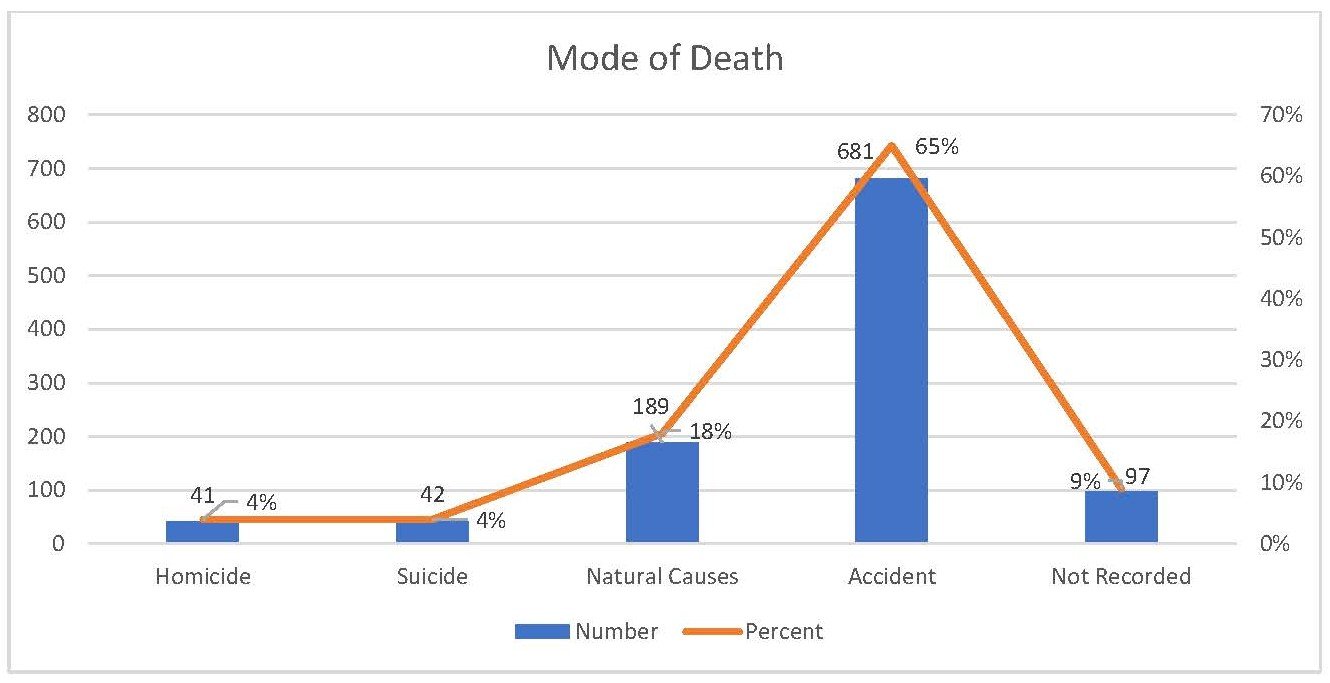 HER (Homeless Engagement Response) Teams are defined as street outreach and engagement teams that identify and engage women living in abandoned buildings, encampments, make-shift shelters, tents, and vehicles and also living exposed and uncovered on sidewalks, in parks, and in parking lots and other places not meant for human habitation. They are also defined as teams particularly skilled at identifying and engaging women who are chronically homeless and languishing on the streets and who are increasingly vulnerable to illness, injury, and death.

Creating effective HER Teams involves ensuring that all team members are skilled at integrating a trauma-informed approach into their street outreach and engagement activities to help women obtain temporary and/or permanent housing. All team members should understand the premise that past and present trauma affects the ability of women languishing on the streets to overcome their homelessness experience.

Street medicine efforts involve providing health care to the most ill people living homeless on the streets. Their goal is to remove barriers that make them more ill and more likely to die, such as scheduling appointments, finding transportation to a clinic, picking up prescriptions, and paying for their treatment.

HER and Street Medicine Teams need to be skilled at integrating and implementing a trauma-informed approach into their street outreach and engagement activities. They should know that past and present trauma is affecting the ability of females languishing on the streets to connect and engage effectively in services.

HER and Street Medicine Teams should ensure that women living in a constant state of survival on the streets experience them as teams committed to safety; trustworthiness and transparency; peer support; collaboration and mutuality; empowerment, voice, and choice; and cultural, historical, and gender issues while helping each women take the necessary steps to obtain and maintain permanent housing.

The findings in this report adds to the urgency to carry out the recommendations included in Mortality among People Experiencing Homelessness in Los Angeles County: One Year Before and After the Start of the COVID-19 Pandemic.

The report detailed 20 recommendations that focused on